4 Ways to Securing a Green Card 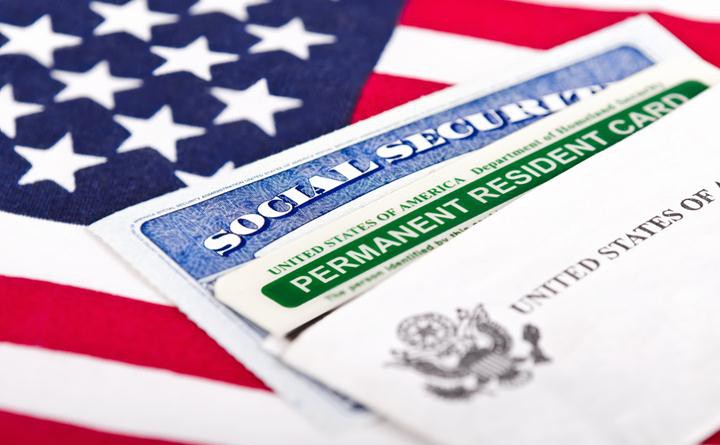 Securing a green card is one of the most important steps in becoming a full-fledged citizen of the United States. There’s a lot of bureaucracy involved, however, and you’ll need to understand your options before filing any paperwork. Here are four ways to cut through the red tape and obtain your green card with minimal fuss.

Through a Family Member

Are you related or married to a current U.S. citizen? If so, you’re eligible for a green card. This is one of the quickest and easiest ways to enjoy permanent residency in America, but keep in mind that there are stipulations. For example, the relative needs to be part of your immediate family, not a long-lost cousin. You might also face difficulties if you’re applying through a parent as a legal adult yourself. Applicants over the age of 21 will need to file a “Petition for Alien Relative” form, unlike minors who are covered under their parents’ residency umbrella.

Through a Job Offer

If you’re an asset to your field, you can request that your employer file an “Immigrant Petition for Alien Worker.” You’ll need a secure job offer, however, and not just a promise made over the Internet. Your future boss will need to shuffle a lot of paperwork to legally bring you overseas.

It’s also possible, though extremely difficult, to sponsor yourself for a work-related green card. If you’ve invested at least $500,000 in a start-up company that will create at least 10 jobs for existing U.S. citizens, you can file an “Immigrant Petition by Alien Entrepreneur.”

You may be eligible for a special “non-immigrant” visa if you’re engaged but not yet married to an American citizen. Under the conditions of the Legal Immigration and Family Equity (LIFE) Act, if you and your minor children are marrying into the household of a U.S. citizen, you might be allowed to work and reside in the country even as your green card is still being processed in the system. Ask your local immigration consultant for more information to see if you qualify.

Though the simplest ways to obtain a green card are through relatives, spouses, or employers, you can also try applying to special programs if you don’t meet those criteria. For example, the Diversity Immigrant Visa Program (DV Program) approves more than 50,000 visas annually. It’s known to some as the “Immigrant Lottery” because of its broad and random selection. You’ll have the same chances as anyone else of being picked.

These are just four ways to secure a green card in the United States. There are more, but those avenues tend to be focused on political refugees or specialists who have high-demand jobs in the military. If you’re just a regular person looking to start a new life in America, use these guidelines to figure out where you stand and how you can get yourself started on the path to becoming a U.S. citizen.